Here's a visual look at Pinehaven since winter began ... 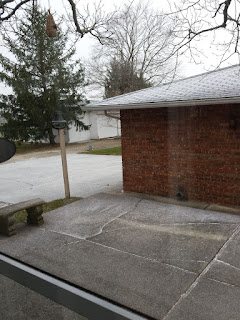 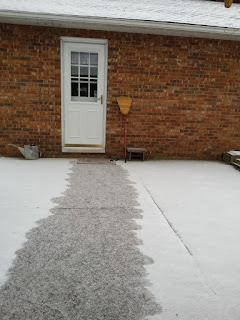 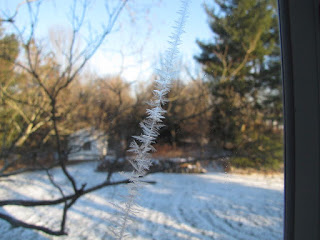 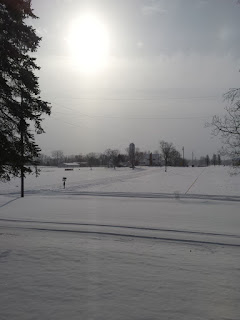 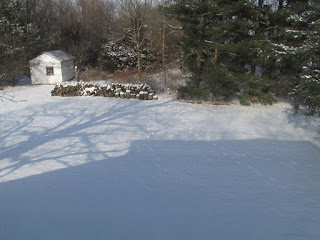 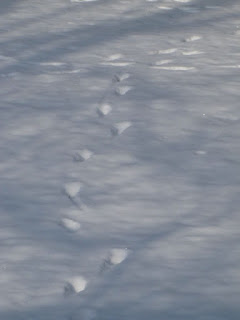 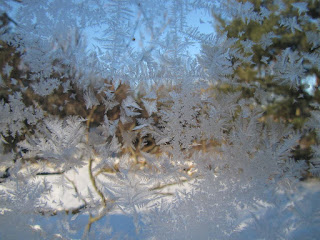 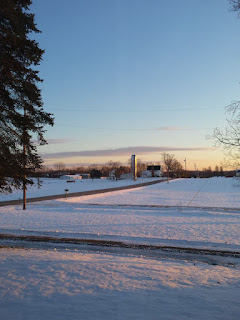 01/05: The morning's low was zero and we had a
power outage that lasted nearly four hours

Tom and I sat on the sofa under a blanket. I fired up two kerosene space heaters and put two sawdust logs in the fireplace. The power, out at 8 am, came back on just before noon. Scary times. I worry mostly about the pipes freezing. 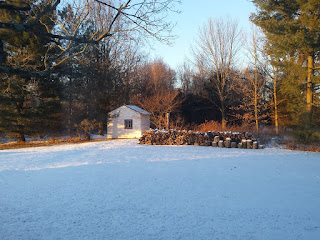 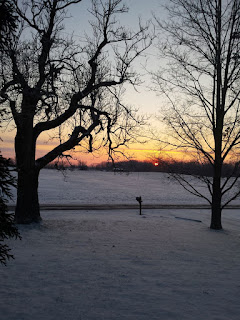 01/14: Taken just as the sun rose above the distant horizon 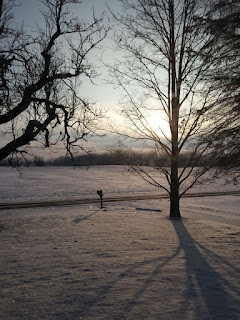 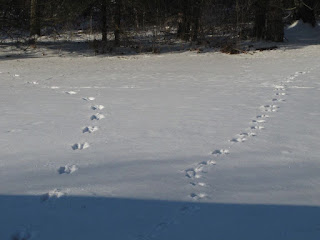 01/17: Whose tracks are these?
Those in the know suggest squirrels which jump from spot to spot 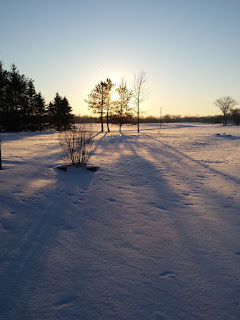 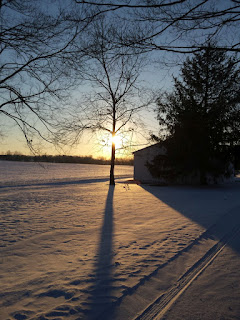 01/18: Sunset. Walking back the driveway after getting the mail

So, meteorological winter (December through February) has passed the half-way point, though barely. Another forty days and the winter of 2017-18 will be history. It is so far showing itself to be an expensive one. Energy costs are killing me. For the first three weeks of January I have used over $385 worth of electricity (I read the meter weekly). With a week and a half to go, the final bill will be close to $575 unless things warm. And likely they will. Today (01/20) it is already 41° at 1:45 pm. The next two days may see readings around 50°. So a January thaw is underway.

Just in time, too. Those rock hard nights of early January are melting into spring's hope. I think of the daffodil bulbs Tom and I planted in the fall. Are they feeling the influence of this pleasant day? Without eyes and underground, have they nevertheless noticed that the days are longer? Their signal is not visual.

I'm beginning to feel it, too.