When I was a young child and Dad and I visited my Aunt Belle in Miamisburg, I'd often ask him to get out "The Shocker". It was actually a quack medical device purchased by my Uncle George who had died a few years earlier in 1947.

I'd touch it (you had to hold the metal case in one hand and then touch the roller on the top to complete the circuit and get a shock) but that was about as far as I'd go. Once we three held hands and had the current pass through all of our bodies. As "safe" as the device is supposed to be, it reminded me of sticking my finger into a light socket. 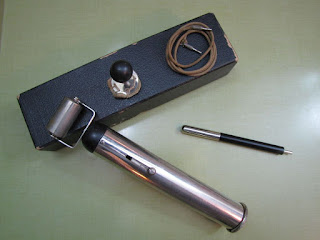 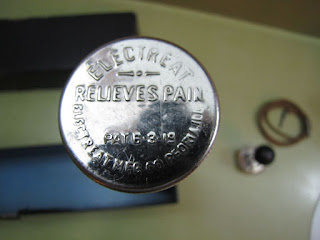 What brought this up was an article I just read ("Harnessing Ethereal Fire") in the Jan/Feb issue of Early American Life. Mom and I both read the story and we both thought of Uncle George's Electreat. "Where is that thing?" I asked Mom. She said she thought it was in her bedroom. We found it lying (dusty) on the top shelf of her bookcase.

"For nearly two millennia medical practitioners have used electricity to treat patients, often little bothered by not knowing how, why or if it worked," states the article.

I see these for sale on eBay for very little so the few that still have them seem even happier to get rid of them. For me, it's a connection to my uncle and my own childhood. But it isn't something I'm ever going to use.

For those interested, here's the entire manual, scanned a page at a time. Click on any page for a higher-resolution version that's easier to read. And smile along with me ... 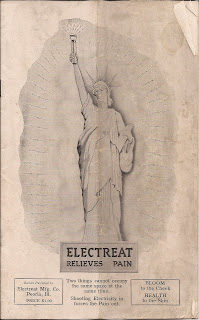 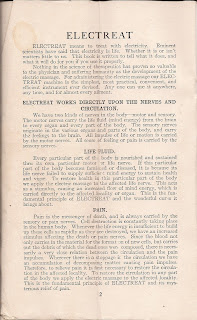 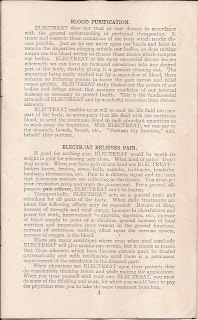 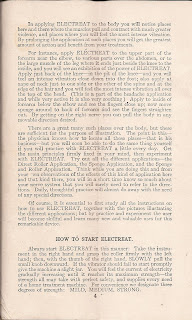 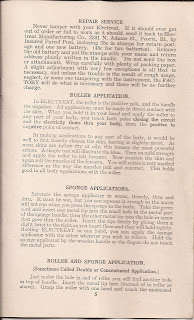 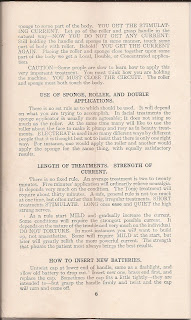 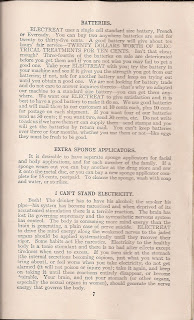 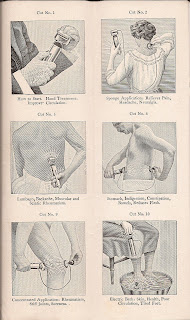 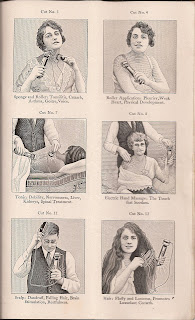 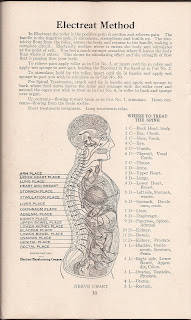 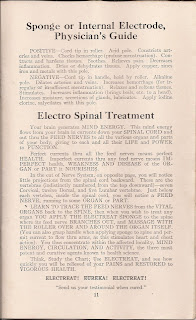 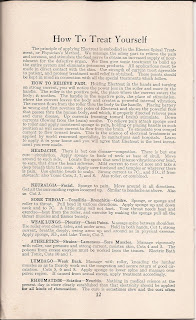 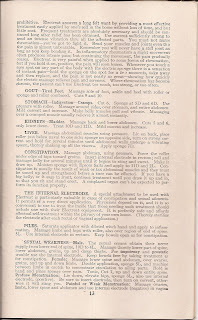 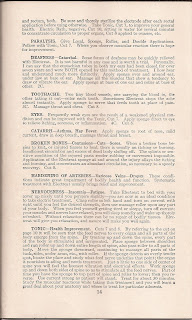 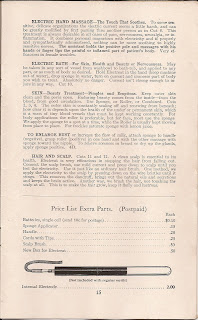 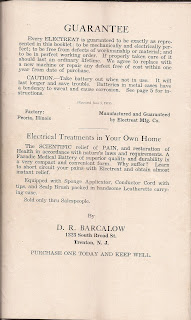